Against a future in which the demand for sustainability and dynamism are vital, Lucida, is a refrigerator model target marketed to young adults and small family households which constantly growth in our society and will make-up future markets.
Considering that energy waste is an environmental problem and that in a refrigerator’s functioning it originates from door-opening activity, it has been used a system in which the user can visualize the content without the need of opening the device, and at the same time, avoiding the lack of discretion in a full-time transparent refrigerator front-view. Such is feasible throughout the use of doors with an electrically polarized layer that allows at the event of receiving an electrical current (in this case, activated by user-touch sensors), a consequent door transformation from opaque to transparent, and contrariwise. The visibility is also improved by the refrigerator’s design and shape, which curv-cutted, enhances the visual field. The possibility of content visualization before opening the door, besides decreasing the open/shut count, also reduces the duration of the same activity, since the user will not need to, in first place, actually open the door in order to search for content. The amplification of the visual field allows for a more pleasant standing and searching act, since it permits the human being, still on an upright position, to capitalize an improved visualization from the traditional refrigerator models.
The thermal isolation system selected for the front is a vacuum layer inside the door, purposely to allow for transparency, and composing the model’s side body isolation system is polyethylene foam, due it recyclability and the well compliance of its function . The choice of three (3) opening doors is justified by the fact that a single large door would expose a larger volume of content to the exterior, thus a higher elevation of inside temperature, while smaller-sized doors would minimize this effect.
The refrigeration system adopted is the Peltier cells due to its efficient energy use in relation to small spaces and the lack of removable parts.
The model’s shape results from its primary function: visibility.
In conclusion, this model attempts to achieve a new integration with users, in a way that allows for more comfort, dynamism and user-friendliness, at the same time being attentive to current and future sustainability demands.
Postado por PL às 16:29 Nenhum comentário: 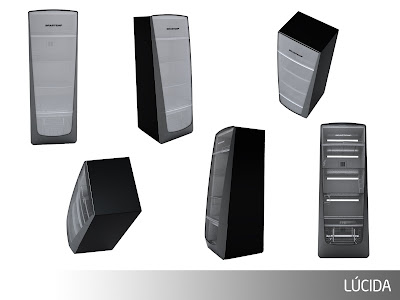 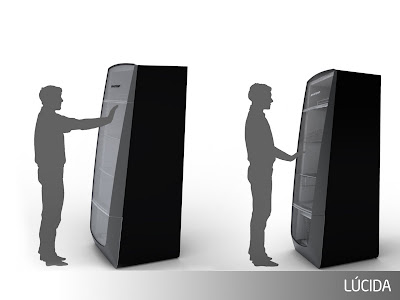 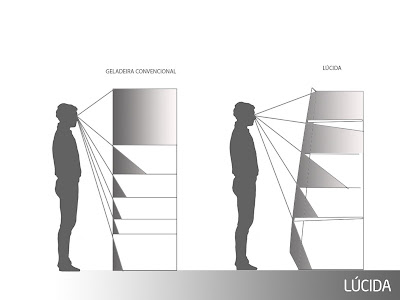 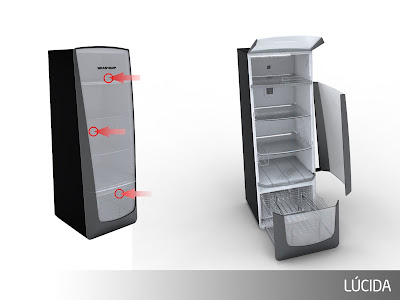 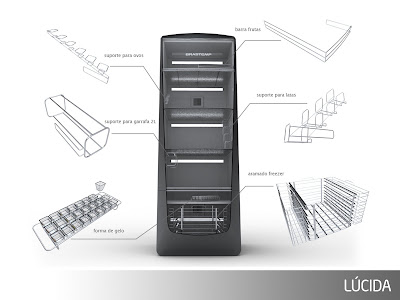 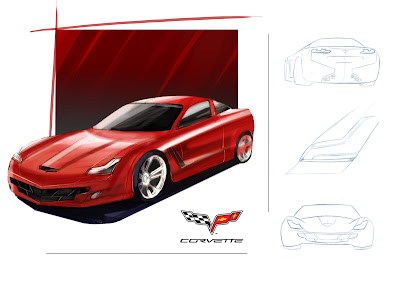 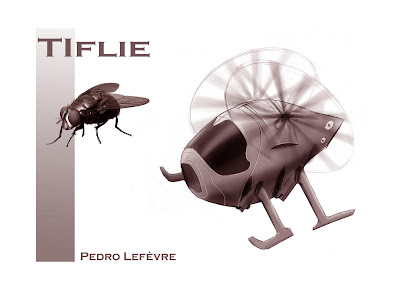 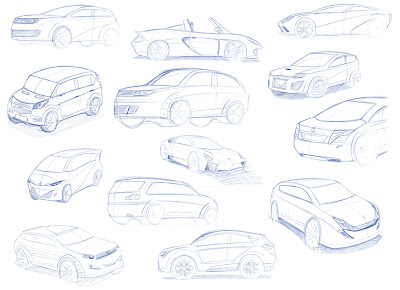 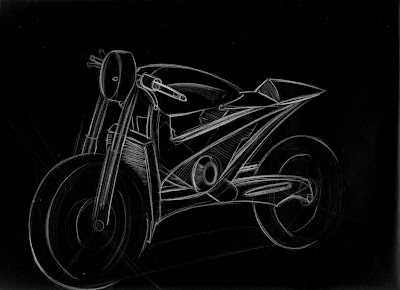